Activists are outraged over the Ugandan government’s decision to cancel a week of gay pride celebrations in the country for a second consecutive year, describing the move as a violation of fundamental human rights of minority groups.

On 16 August, the state minister of ethics and integrity, Simon Lokodo, issued a directive shutting down a gala, scheduled to take place at the Sheraton Hotel in the capital, Kampala, accusing the organisers of attempting to stage an illegal gathering aimed at recruitment, exhibition and promotion of homosexuality.

Police officers were deployed at the hotel and other venues where pride events were scheduled, to arrest anyone participating in activities. 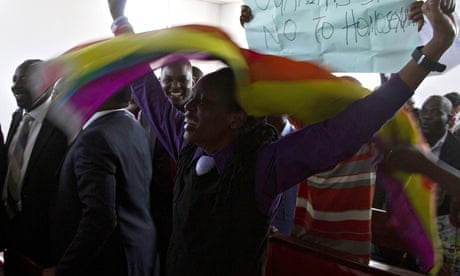 “It’s true I ordered the police to stop and shut down all the gay pride events. No gay gathering and promotion can be allowed in Uganda. We can’t tolerate it at all,” said Lokodo.

“We know they are trying to recruit and promote homosexuality secretly. But it’s worse to attempt to stand and exhibit it in public arena. This is totally unacceptable. Never in Uganda.”

Lokodo said the organisers had planned a march through the city, as part of the festival week events, and a seminar and party at the hotel.

“Now they want to move on the streets and talking about MSM [men who have sex with men] in a public arena. I couldn’t allow them to do that. The next time they do it they will face the full wrath of the law,” said Lokodo.

Homosexuality is illegal in Uganda under colonial-era laws, punishable by a jail sentence, but LGBTI campaigners were given hope in 2014 when attempts to introduce a bill that would make some homosexual acts punishable by death was ruled unconstitutional. Police granted permission for pride celebrations in 2015.

“We are utterly appalled by the minister’s actions. The government crackdown on our events is abuse of our freedom of assembly and association. We have a right granted by the Ugandan constitution,” said Frank Mugisha, the executive directive of Sexual Minorities Uganda (Smug), a network of LGBTI organisations in Uganda.

“It is sad and difficult. This is based on conservative views of our politicians … Pride is about celebrating who we are, giving courage and hope to those individuals who are living lonely and isolated lives in hostile communities, for them to know they are not alone. We shall not allow this intimidation. The struggle will go on.”

Last year, police raided a pride festival in Kampala and made 15 arrests.

“Activists feeling compelled to cancel pride out of fear for their safety is clear evidence of Uganda’s deteriorating space for free assembly and free expression. As we observed during elections last year, the government is increasingly intolerant of diverse views from a range of stakeholders,” said Maria Burnett, associate director for the Africa division of Human Rights Watch.

“Uganda’s LGBTI movement has made great strides in the demand for rights and remains strong. Lokodo’s threats won’t tarnish that. He has repeatedly disregarded for his mandate fighting corruption, while maintaining an absurd obsession with people’s private lives,” she said.

Nicholas Opiyo, executive director of Chapter Four Uganda, which protects civil liberties and promotes human rights, added: “The actions of the Ugandan security apparatus to threaten violence, intimidate the proprietors of booked venues for the events is a vile affront to the rights of the LGBT community to organise and celebrate their identity.

“It is also a rude reminder that in spite of the nullification of the Anti-Homosexuality Act in 2014, the LGBT community still faces government-inspired and community-led safety concerns, many of which usually go unreported.”

Gay men and women face frequent harassment and threats of violence in Uganda. Many people live secretive lives, afraid of being openly gay, due to stigma and hostility from family and friends, and fearing the loss of a job or a rented apartment. 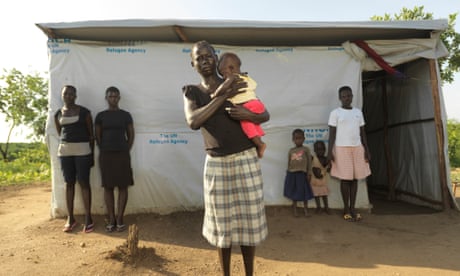 The US and Swedish embassies in Kampala expressed dismay that pride events had been cancelled.

In a statement, the US mission said: “The US is disappointed with reports that the Ugandan government has forced the cancellation of LGBTI pride week events. Under Uganda’s constitution, all individuals and organisations have right to associate freely in private and in public, without fear.

“It is the responsibility of the government to ensure that human rights of all citizens, including LGBTI citizens, are respected and protected.”

Emilian Kayima, a police spokesperson in Uganda, said organisers had failed to ask for permission for pride, a claim contested by Smug. But Kayima added: “Even if they wrote, it’s criminal to be gay in Uganda. How can we allow and preside over a function involving a crime?

“Our law books are clear. When you engage in gay activities, we prosecute you in courts of law. We can’t allow their activities.”

The cancellation of pride came as the only bar in Kampala that hosts a gay night announced it was to close. The bar, Walifanya, a Kiswahili word loosely translated as ‘We worked’, is in the central business area of Kampala. “This bar was closed down by the owner. The reasons why are not very clear, [but] it wasn’t a state directive,” said Mugisha.